1. The Knot by Mark Watson

Mark Watson is a lovely chap who is really good with words. If you know Watson for his stand-up comedy, do not expect humour in his books. The Knot touches on a taboo topic but is written in such a way that you will still want to support the protagonist. It follows the life of wedding photographer Dominic Kitchen and his difficulty to move on from a “lover” which in turns affects his life and stunt its progression. You may be disgusted while reading this book, but with beautiful prose and and a great flawed protagonist, it’s something that you want to stick with to the end.

2. Why We Broke Up by Daniel Handler and Maira Kalman

Although the genre for this book falls under Young Adult, the writing of it does not feel like it. Why We Broke Up follows the progression in relationship between Min and Ed (spoiler alert: they broke up!) Yeah, sure, a normal plotline like any harlequin romance right? Not really, because Kalman adds another dimension to the book with drawings of items that comes along in Min and Ed’s relationship. The writing is simply superb in this book with easy narrative and strong characters that reflects teenage relationships and the sufferings that goes with it. 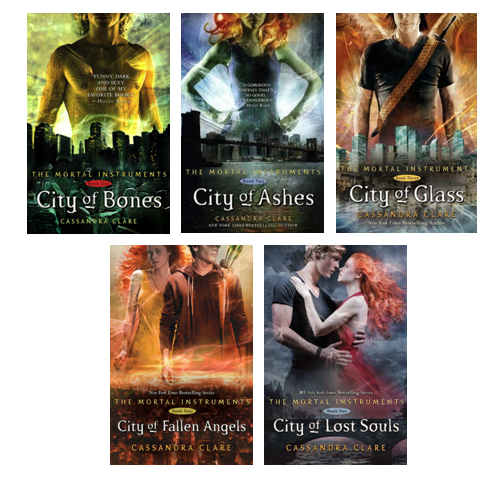 The Twilight films have ended, boohoo! But if you want to take part of the next film franchise that will potentially be as big as Twilight, The Mortal Instruments (TMI) series is for you. If you think Twilight and vampires suck, and you’re going to dismiss this book, there’s a few things you need to consider about TMI: 1) The lore of mythical creatures is stronger, 2) the writing is better, and 3) there are plots and, 4) there is no breakfast food making subplots. TMI isn’t exactly the strongest series. It has its flaws and stupidity, and a fair share of annoying characters. But there are plots! So, if you want to have “I read it before the film came out” bragging rights, pick up a copy at Booker or Best Eastern now!